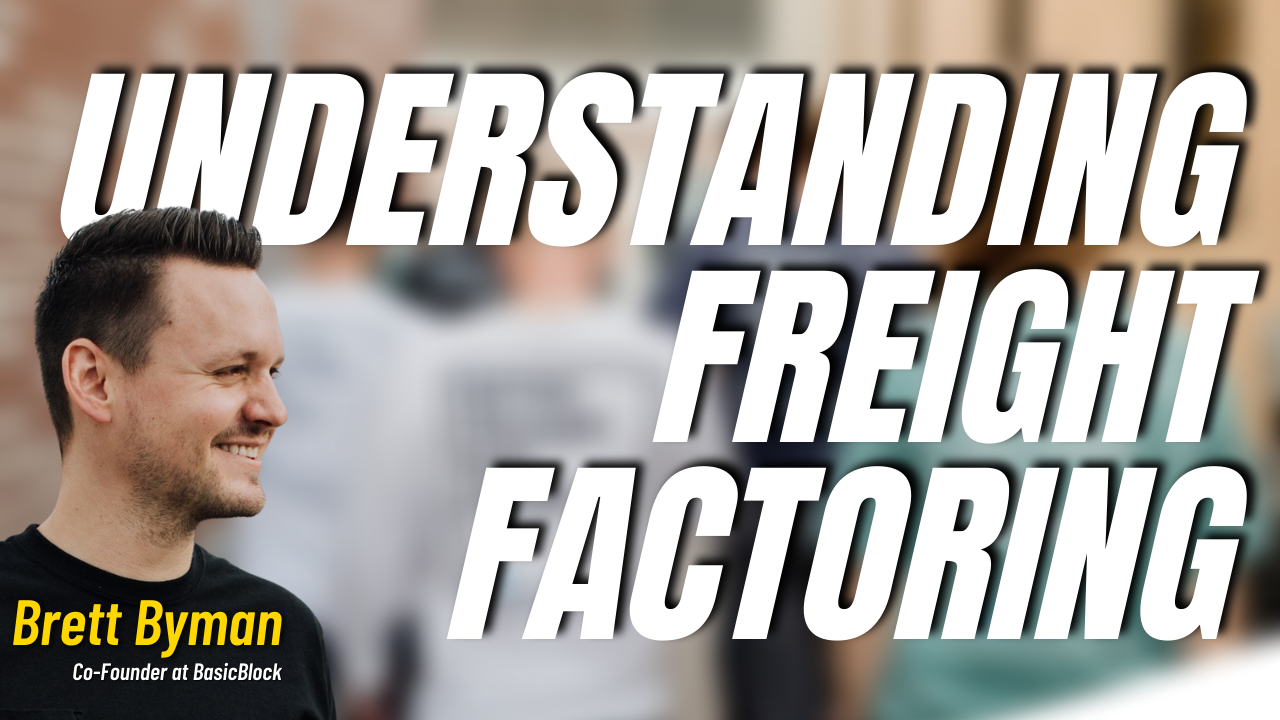 The FreightCaviar podcast dove into the fast-paced world of freight factoring with Brett Byman, the COO of BasicBlock.io. Alongside brand new FreightCaviar co-host Bob Kruz, Owner of MX Trucking and the Founder of the @usa_transportation page on Instagram, we discussed the thrilling highs and challenging lows of entrepreneurship in the trucking industry.

Bob was there to throw out the hard questions and share his perspective as a carrier working to navigate the current downturn in the industry. With nine years of experience in the sector and a steadily growing fleet, he is pushing the limits and striving for even greater success. Bob’s aiming to have 20 trucks under MX Trucking by the end of the year.

Bob is also a savvy social media professional, connecting with industry players and building relationships through Instagram. It was with his help that FreightCaviar grew into what it is today. FreightCaviar is lucky to have him join as co-host of the FreightCaviar podcast.

Brett took us through starting and financing a freight factoring company and shared how BasicBlock worked to build a strong reputation in the stigmatized factoring sector.

BasicBlock’s story is one of resilience and determination. In 2018, Brett and his partner, Taylor Monks, set out to leverage blockchain technology in trucking and transportation. They shelved that idea but kept the name and explored other products before eventually pivoting to freight factoring.

Silicon Valley Had an Early Interest

An early investor in BasicBlock was Jason Calacanis, one of the most prominent VC investors in Silicon Valley. After having to gather a grant to afford a one-way plane ticket to San Francisco, Brett’s partner Taylor needed to come back with a check, or they’d be saying goodbye to the whole company. Taylor was able to get a 15-minute meeting with Jason Calacanis, where he told him, “Look, we have zero dollars in revenue, but we’ve pre-sold $40,000 in software.” Jason essentially thought he was crazy but figured he was going to do some amazing things and ended up writing him a $100,000 check. That was the first major capital Brett and Taylor were able to put into BasicBlock.

Growth of the Freight Factoring Business

BasicBlock’s growth was almost too much to handle. The company quickly found itself burning through operating capital and having to repeatedly raise more funds to keep up with the growing factoring volume. Within just a matter of months, they were doing around $250,000. Brett says they were even considering “loan sharks” to get the money they needed. They were looking into every avenue to get the money to fund these invoices on the best terms possible.

But with the help of some awesome lenders, and an $80 million round of debt and equity financing, BasicBlock has grown uninhibited. “Things were happening fast, so we had to learn a lot in a short amount of time,” Brett said.

What has changed about how BasicBlock does business now?

At first, Brett said the company was factoring for pretty much anyone, but as they grew, they started to work smarter and do their due diligence to figure out which brokers and carriers they shouldn’t be factoring for.

“We’ve had bad experiences with both sides in the past.” Brett talked about how they’ve updated their standards. Now BasicBlock has really robust underwriting policies and procedures and its own tech that can augment and identify risk. This helps protect all parties involved.

“We have a team dedicated to vetting brokers and helping protect carriers,” he elaborates.

Thoughts on the Current Market

Brett and Bob have slightly different perspectives regarding the current market. For BasicBlock, Brett says that he’s seeing many of these newer companies close their doors, but they were prepared to see that happen based on how the market was moving at the beginning of last year.

Bob provided his insight based on the other carriers like MX Trucking around him. “From what I see, everybody’s struggling, but I feel like everyone is like, ‘I’m gonna be the last man standing,’ you know?” He sees a growing survivor mentality playing out among fellow owners. If they are on the brink of going out of business, they’re keeping it on the down low.

As for himself, Bob said, “I’m waiting for better times…I’ve been working for two or three years since we’ve had this company, and I haven’t paid myself anything. Whatever we’re making, if anything, we’re putting it straight back into the company.”

That’s where Brett and Bob agree. A lot of small owner-operators don’t realize how quickly money comes and goes. There are so many expenses that you don’t even realize how fast money is moving out. Brett says this is even more of a reason to work with a factoring company.

“Factoring has built up a bad stigma amongst carriers over the last five to ten years,” Brett explained. And BasicBlock has a goal of changing that. BasicBlock has come in and eliminated long-term contracts, breaking free from traditional multi-year contracts that factoring companies made carriers sign. The company doesn’t feel the need to forcibly lock carriers into long-term contracts. Brett feels that the company’s transparency and dedication to serving carriers will build a reputation that speaks for itself.

“Carriers can leave BasicBlock at any time. We rely on superior service and a superior product to keep them around.”

BasicBlock has also done away with any ancillary fees. They advance 98% with no hidden or extra fees, so carriers know they’ll only be paying a flat 2% fee. Additionally, there are no minimums – companies can factor as many or as few invoices as they want with BasicBlock.

For the full conversation with Brett and Bob, tune into the podcast episode on the FreightCaviar Spotify or Youtube channel. 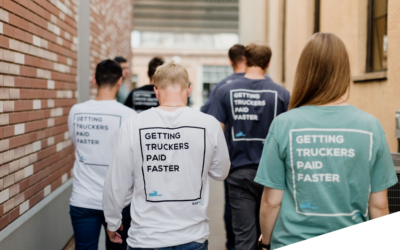 Working with freight brokers can be…challenging. Out of the thousands of brokers in the industry, a trucker can tell a... 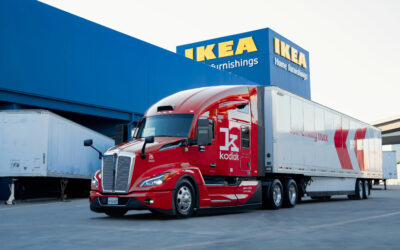 5 Autonomous Trucking Companies to Keep An Eye On

Are you worried that autonomous trucks will take over your job? Well, not so fast. We are far away from autonomous... 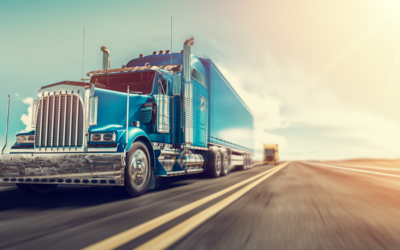 How Much Do Freight Factoring Companies Charge & How Do Fees & Payback Work?

Financial strains are hard to deal with, even in the best of times. But with current levels of pressure, disruption,...